Our key ally in Arkansas is ForwARd Arkansas, a public-private partnership of the Arkansas State Board of Education, the Walton Family Foundation, and the Winthrop Rockefeller Foundation. They work to increase equity, increase student achievement, and close the achievement gap. Arkansas Advocates for Children and Families is a ForwARd Arkansas grant partner. 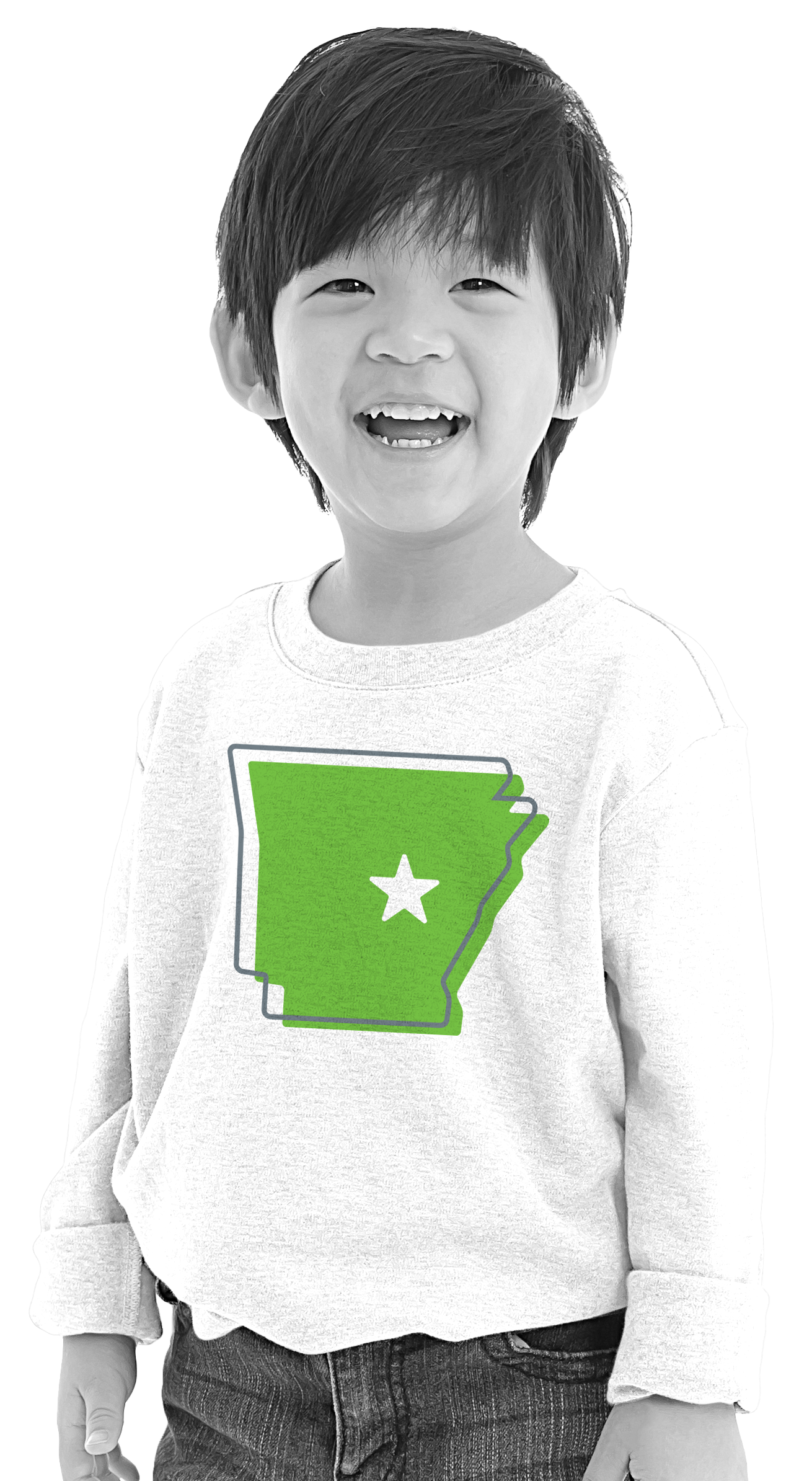 PERCENTAGE OF YOUNG CHILDREN WHO ARE LOW-INCOME; DISAGGREGATED BY RACE

Percentage of Children 0-8 Below 200% FPL (and Population)

Heading into the 2021 legislative session, Arkansas Advocates for Children and Families and ForwARd Arkansas had three key priorities:

Inform and influence Arkansas’ policymakers’ response to COVID-19 and its effects on early care and education.

Advocate for enactment of refundable tax credits for early childhood educators in Arkansas.

Arkansas’ 2021 legislative session became mired in attempts to curtail racial equity and LGBTQ rights, voting rights, public safety net programs, and public health measures designed to protect citizens during the pandemic. Meeting restrictions imposed at the capitol during legislative session limited interaction with legislators, hindered the ability of advocates to influence the legislative process, and reduced public transparency on legislative actions. For example, the refusal of legislative leadership to allow virtual testimony on proposed legislation before committees reduced the ability of advocates and citizens to express their views on legislation.

In spite of the challenging 2021 environment, early childhood advocates across the state made progress in some key areas:

Advocate for better and more equitable compensation for early childhood educators in Arkansas.

Engage and advise members of the early care and education sector to advocate on their own behalf.

State Grantees of the Alliance for Early Success, Survey and Analysis by Frontera Strategy, September-November 2021.