Home » Zeroing in on Skeptics with Jonathan Metzl: Why Early Childhood Advocates Must Upend Zero-Sum Perceptions of Government Solutions

Zeroing in on Skeptics with Jonathan Metzl: Why Early Childhood Advocates Must Upend Zero-Sum Perceptions of Government Solutions

In our November National Issues>State Action webinar, we were joined by Jonathan Metzl, author of Dying of Whiteness: How the Politics of Racial Resentment is Killing America’s Heartland. 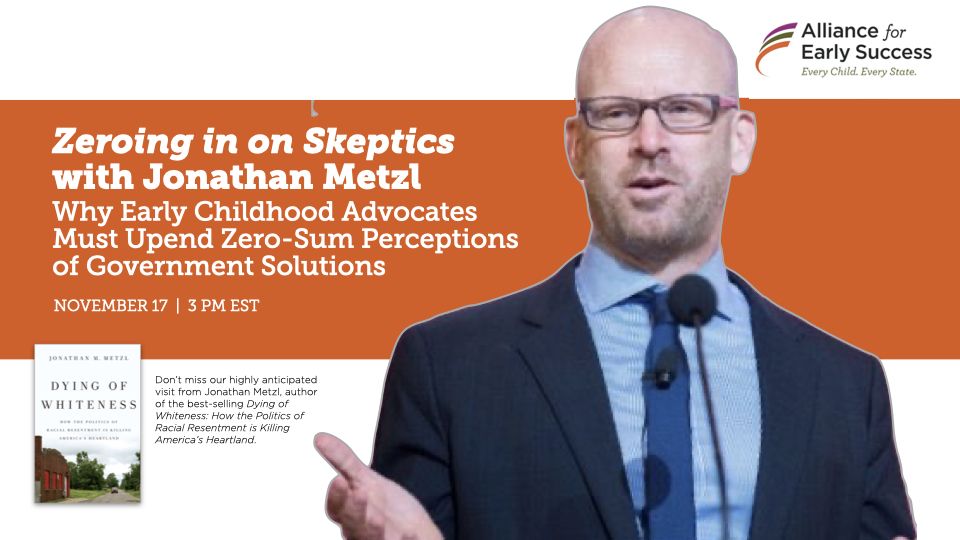 Metzl—a Tennessee physician and researcher—has done extensive research on voters who oppose health policies that would benefit them, and he spoke to us about the origins and nuances of that opposition.

Metzl began with early 20th-century perceptions of common civic good, which he argues were largely unpoliciticized. As the rise of tea-party style politics led to a growing demonization of “government,” however, investment in public spaces (and therefore the idea of commonality overall) declined.

He discussed how this phenomenon translated to health care, and walked us through his experiences during the implementations of the national Affordable Care Act and the TennCare health care program in Tennessee.

Metzl shared some verbatims from his research in Tennessee. While uninsured Black men and white men were both suffering and dying, their perceptions of large-scale health care programs were different. 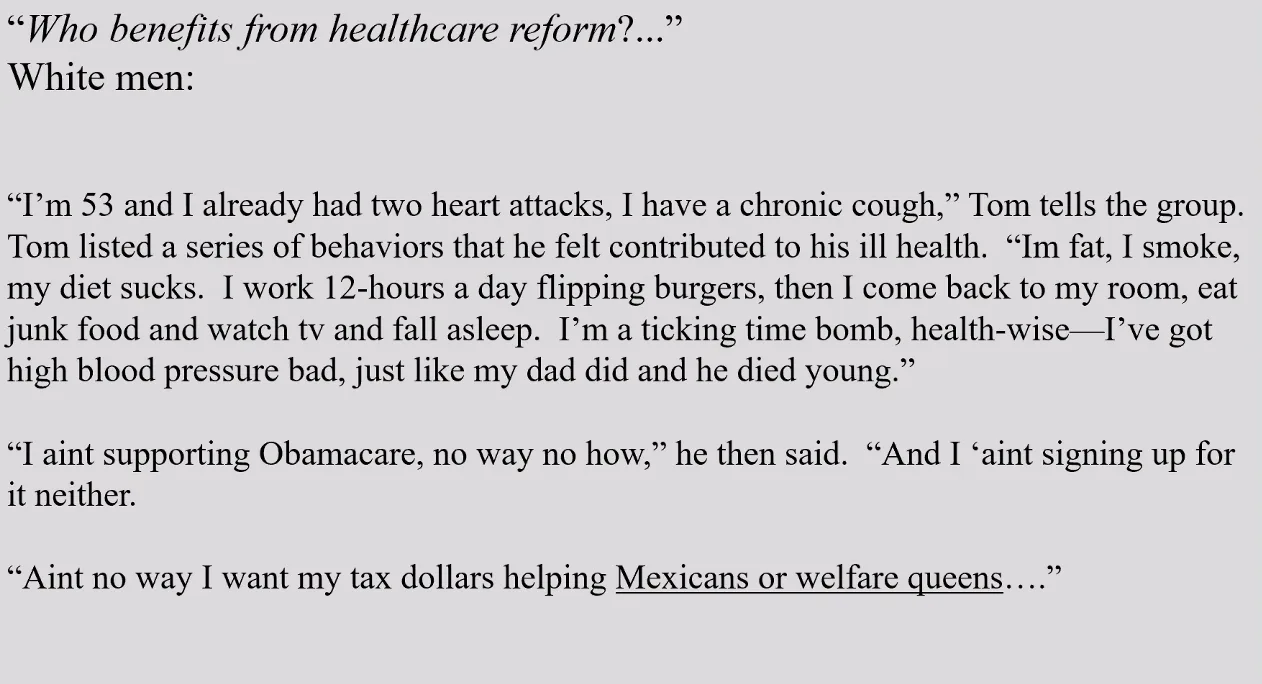 These men were dying both “biologically” and “ideologically,” Metzl said. They held strong, divisive racial identities. And even though they often weren’t paying much tax, they didn’t want to others to benefit from the very thing they needed.

We looked at outcomes in Kentucky, where Medicaid expansion was enacted, vs outcomes in Tennessee, where it was not.

We looked at similarities in Missouri gun policy and Kansas education cuts, and then Metzl answered numerous questions from attendees.

In the end, Metzl emphasized the role of dismantling “zero-sum” mentalities among the opponents of government solutions.

He encouraged advocates to think beyond simply “messaging” the importance of a common good and to explore structures that actually reward cooperation over competition.