In the highly anticipated National Issues>State Action presentation The State of Prevention: Family First Prevention Services Act and Child Welfare, Alliance for Early Success allies heard dynamic presentations by Allison Blake, CEO of Child and Family Agency of Southeastern Connecticut and former commissioner of the New Jersey Department of Children and Families and Jeremy Kohomban, President and CEO of The Children’s Village and President of Harlem Dowling.

Both Dr. Blake and Dr. Kohomban are leading figures in child welfare practice and policy. In case you missed it, you can download their slides here or watch a recording of the whole presentation here. 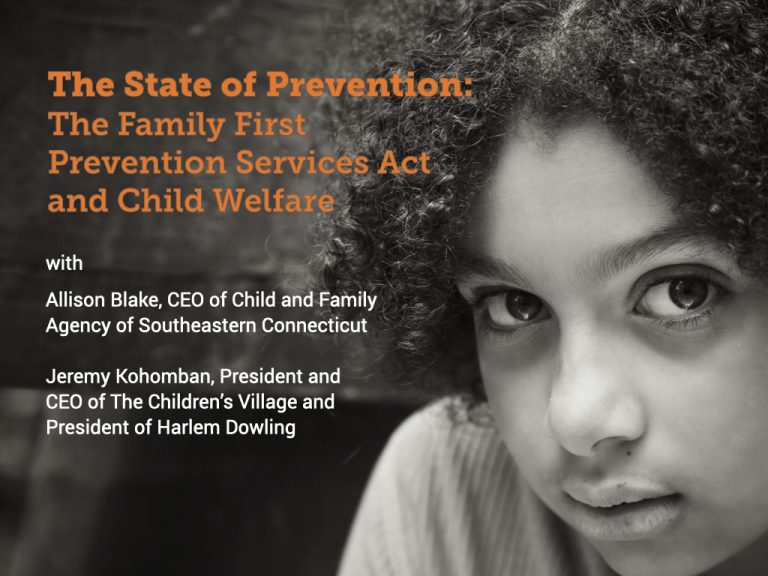