In the early 1970s, the results of a massive 5-year study on Indigenous child welfare were released by the nonprofit Association on American Indian Affairs (AAIA). The results were shocking. Between 25 and 35 percent of Indigenous children in the United States were placed in adoptive homes, foster homes, or institutions. About 90 percent of those were being raised by non-Indigenous families and would likely never return to their community.

While the numbers were new, they were not surprising to the growing number of Indigenous policy advocates who saw the crisis firsthand and had long been fighting for reform. While under-resourced tribal families often struggled disproportionately with parenting challenges, the core of the problem, social workers knew, was deep bias in the child welfare system and rampant belief that that tribal life itself was unfit for a child.

As the Alliance and early childhood policy advocates across our network mark National Indigenous Peoples Day and look forward to Native American Heritage Month in November, we are celebrating the many tireless Indigenous grassroots activists who helped win the Indian Child Welfare Act of 1978 – crucial legislation for tribal children and their families.

There’s Evelyn Blanchard (Laguna/Yaqui), for example, who obtained her master’s degree in social work at the University of Denver in 1969 and almost immediately turned her attention to family separation – first in New Mexico helping tribes fight child removal, and then with the Yakima Tribe in Washington on statute change. A grandmother and tribal elder, Blanchard was one of the first Native women in the country to earn a doctorate. After losing a court case in which a Navajo couple was refused custody of a grandchild who had been removed from the community, she got involved with AAIA and national child welfare advocacy.

There’s Goldie Denny (Quinault), who oversaw child welfare on her reservation as director of the Quinault Nation Social Services and had herself as a child been temporarily removed from her single father. With no support from the state, county, or the Bureau of Indian Affairs, Denny led the development of a human resource delivery system that provided 34 types of services on the reservation. She trained child welfare case workers, and in the span of five years, she was able to ensure all removed Quinault children were being placed in licensed Quinault foster homes.

In the early 1970s, Blanchard, Denny, and many, many more of similar spirit organized as the Association of American Indian and Alaskan Native Social Workers, with the goal of changing the widespread pro-removal mindset, policies, and practices. The association was an early champion of the “two-gen” approach that treated the issues facing the whole family.

And when it came time to push the newly proposed Indian Child Welfare Act in 1974, these women took up the fight. Blanchard and Denny both testified, alongside many other Indigenous voices, including mothers who had had children removed. 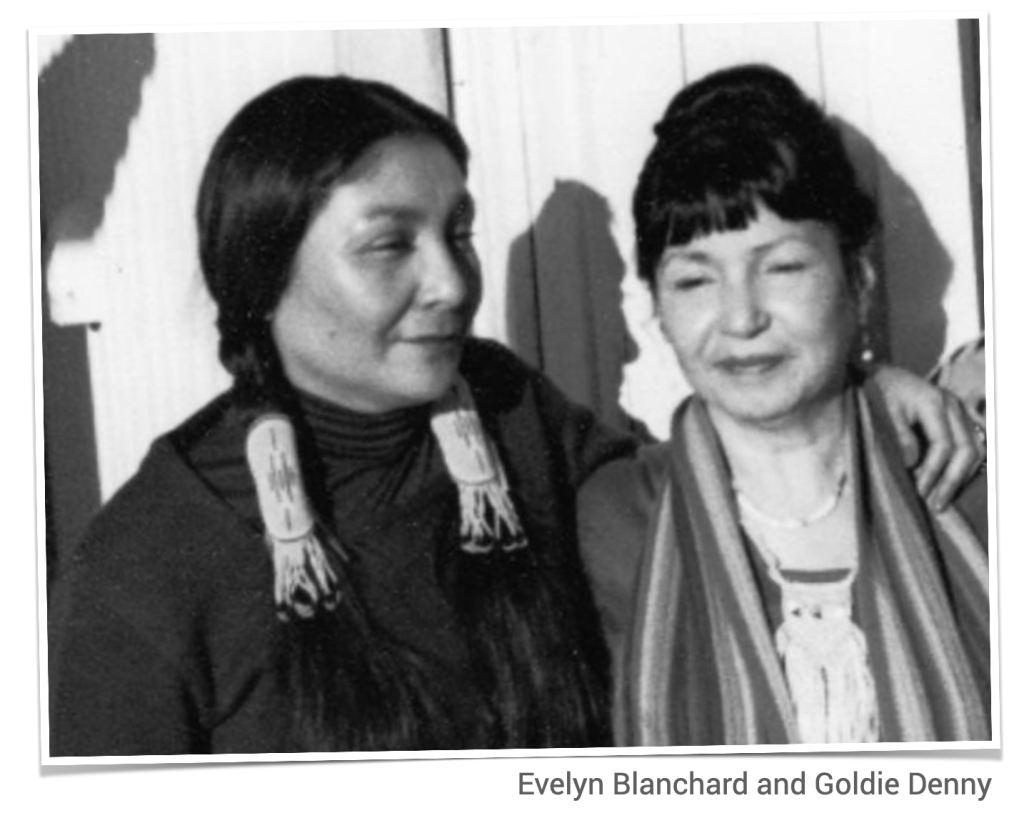 “There is a crisis in Indian child welfare services,” Blanchard insisted to the members of the congressional subcommittee. “We have vital decisions to make about the kind of world in which we and our children will live. Pronouncements of commitment must be translated into action, programs, personnel, and funds. These actions must be meaningful, individually enhancing, and just.”

In spite of powerful opposition — including from the Bureau of Indian Affairs — The Indian Child Welfare Act was passed at the 11th hour, just before the 95th Congress would come to a close, on October 24, 1978. ICWA was transformative in that it codified a political relationship between two sovereigns – tribes and states. It designated that tribes can and must act as parents for their children, just as states do with non-Native children, when biological parents cannot. And it required that preference be given to tribal communities when children must be removed from their homes.

More than 40 years later, the Indian Child Welfare Act continues to face slow implementation and regular lawsuits (including a case that will be heard by the Supreme Court later this year), but it is hard to deny the transformation that it marked for child welfare for Indigenous children. “ICWA has proven itself as the gold standard of child welfare law, which is why both Republican and Democratic administrations, tribes and tribal organizations, and child welfare experts continue to defend it,” said a joint statement released earlier this year by several tribes after the Supreme Court announcement. “We will never accept a return to a time when our children were forcibly removed from our communities and look forward to fighting for ICWA before the court.”

And as these new generations take up the fight, they will certainly draw inspiration from the powerful community of Indigenous social workers, mothers, grandmothers, and other advocates and organizers who — a generation ago — would not relent when it came to the health and dignity of their community’s children and their families.

If you want to learn more about the current Supreme Court challenge to ICWA, here’s an update from the Native American Rights Fund.

PrevPreviousDC Advocates Celebrate New, Free Health Insurance Benefit for All Child Care Workers and their Families
NextWhat Did the 2022 State Elections Do for Children and Families?Next