In September of 2015, Dr. Mona Hanna-Attisha stepped up to a microphone in the Flint, Michigan, medical center where she served as the head of pediatrics. She announced to the crowded room, and the rest of the world, that the city’s water supply was poisoning its children – causing irreversible brain and nerve damage that typically leads to learning disabilities and other complications. The poison was lead, and since the city had changed its water supply more than a year prior, Flint’s children had developed sky-high lead levels.

State officials denied her findings and accused her of causing unwarranted hysteria. So Hanna-Attisha began a national campaign for the children of Flint – making the city’s water crisis a national issue and ultimately winning an acknowledgement of the damage (and a $250-million remediation fund) from the state. 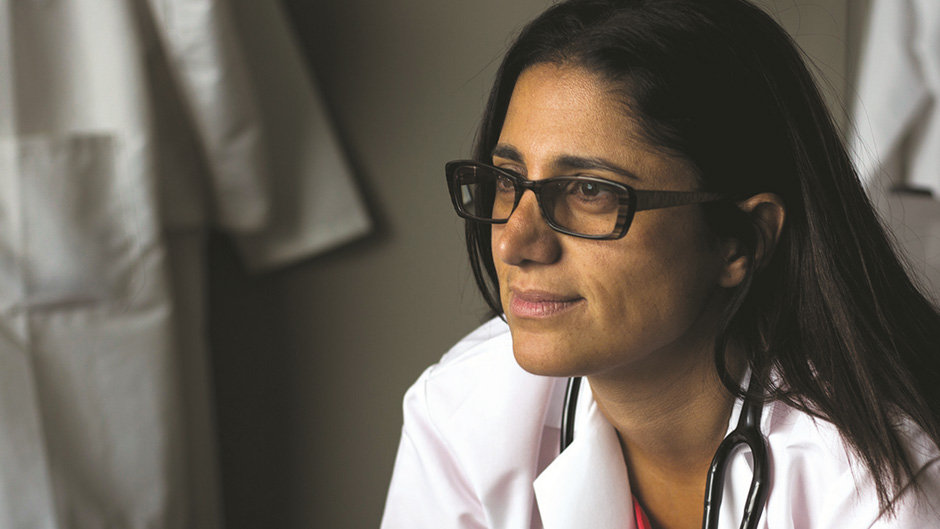 As the nation kicks off Arab American Heritage Month, we’re spotlighting one of the country’s fiercest champions for young children. Hanna-Attisha is the child of Iraqi immigrants, and vividly remembers a day in 1988 when she learned that the country’s leader, Saddam Hussein, had hit the already war-ravaged town of Halabja with chemical weapons.“I was 11 years old, and my father showed me a picture of this beautiful baby lying on the ground,” she recalls, “Saddam Hussein had literally poisoned this entire city, and 5,000 people died that day. I remember seeing that image as a kid and I never forgot it.”

Twenty years later, as head of pediatrics at Flint’s Hurley Medical Center, she began to uncover glimpses of another city poisoned. Flint had been in such dire economic conditions that, a year earlier, the governor appointed an emergency manager to oversee the city and make costs cuts – one of which was to cancel the city’s water contract with its Detroit provider and instead tap the long-polluted Flint River. The new water source was not treated with anti-corrosives, and it immediately began to leach lead from the city’s aging water pipes. Regular consumption of lead can cause, in addition to learning disabilities, high rates of childbirth defects, low fertility rates, and increased fetal deaths.

As she began to uncover more and more cases of highly elevated lead levels in her young patients, she conducted a study of more than 1,400 children that proved the poisoning beyond a doubt. So she called that courageous press conference and began her fight for Flint’s children. She pressured slow-moving state officials. She called them out on television and in the New York Times. She testified before Congress, and she helped win a $100-million EPA grant to help Flint’s children.

Slowly, the state of Michigan is making the policy changes necessary to prevent another mass contamination like Flint’s. In 2017, the state passed a bill to accelerate the public notice requirement for lead in drinking water to three business days, from the previous time of 30 days. In 2018, the state passed stricter standards for lead, shifting to a lower standard and requiring that communities replace 5% of lead service lines annually. In 2021, Michigan’s new governor issued an executive order that requires a comprehensive review of the state’s role in ensuring safe drinking water. But advocates insist there is much more that can be done on the policy front – including reforming emergency management policy – to protect children.

Meanwhile, Hanna-Attisha continues to work tirelessly for the children of Flint.

In 2019, Hanna-Attisha visited the Alliance for Early Success’ network summit, where she inspired the roomful of advocates to continue their fight for young children on all fronts.

“You can’t care for children without understanding the intersectionality of everything children and families in poverty are facing,” she said. “I’ve never been a fan of staying in my lane.”