Home » When Is the Right Time to Increase Early Childhood Spending? Now.

When Is the Right Time to Increase Early Childhood Spending? Now.

If you’ve ever advocated for early childhood funding, you’re likely well-acquainted with the word “no.” You might head to meetings armed with unassailable data, thorough cost-modeling, and compelling anecdotes and still be rejected as soon as you raise the subject of funding.

Over and over, early childhood advocates are told that “now isn’t the time” to ask for more funding. This  message has remained consistent for years even as the economy has fluctuated and need has only continued to grow, leaving the field to wonder when it will be the “right time” to ask for funding.

The idea that “now is not the time” to spend more on early childhood hinges on a fallacy: it implies that there will soon be a better time to ask for funding, a time of such economic prosperity that policymakers will have extra revenue lying around to put towards early childhood.

Underlying this belief is the fundamental miscalculation that prosperity comes first and access to basic needs, health services, and quality care and education for children and families will follow. It implies that we can achieve prosperity without reliable child care options for workers, fair wages for early childhood providers, or high quality services for children and families. Early childhood advocates know that this logic doesn’t hold, and so do voters.

While this election cycle was a clear rebuttal to the idea that now is the “wrong time” to pursue early childhood funding, there are still power brokers that might require some convincing. Below we share some lessons learned on how to counter opposition from those who have successfully turned “no’s” into “yes’s.”

Tips for framing your message

While working through a policymaker or community leader’s objections might be a necessary part of securing increased funding, it’s crucial to ground the conversation in your core message. This message should not require inside knowledge of the early childhood field in order to be understood, and should avoid overly complex language, statistics, or jargon. The Center on Budget and Policy Priorities (CBPP) recommends that, when crafting a message, early childhood advocates consider whether it would be understood by their proverbial next-door neighbor. 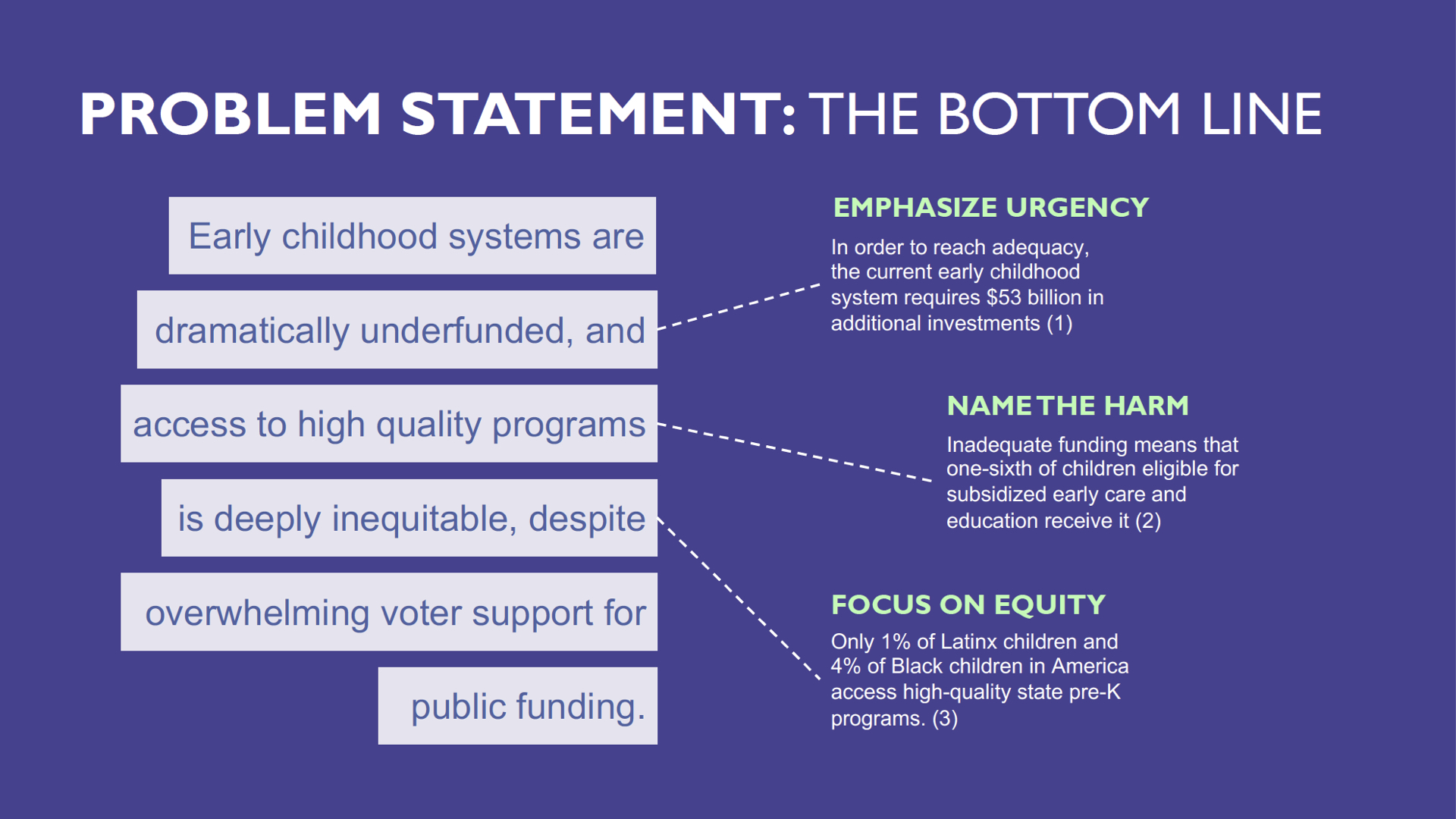 Additional tips from CBPP include:

Across the country, advocates report facing messages of opposition with the same core themes.  While on the one hand the repetitive nature of these arguments may be frustrating, on the other they have served as a testing ground for messages to counter opposition. We cover some lessons learned from successful efforts to overcome opposition below.

OPPOSITION: No way people will support a tax right now!

Years of election results and polls on public support for early childhood funding run counter to this argument. The public has said “yes” to taxing themselves to support early childhood during recessions and natural disasters, on crowded ballots, and now, during a pandemic. You can use these resources to find examples close to home that counter this opposition:

OPPOSITION: It’s just too expensive, we can’t possibly afford that with our current revenue.

COUNTER: This opposition gets to the heart of why we’re focused on revenue-generation strategies for funding early childhood: by raising and dedicating new revenue to early childhood, we undercut the scarcity mindset wherein any funding for early childhood must be wrestled away from another purpose. The idea that early childhood is simply unaffordable in our current economy runs counter to the fact that America’s billionaires alone grew their net worth by $845 billion in the first six months of the 2020 COVID-19 pandemic. Opportunities to capture new revenue abound as technology alters our economy, and early childhood advocates must be quick to the table when innovative revenue capture mechanisms are proposed. You can read about specific revenue strategies and examples of their successful use to fund early childhood in these resources:

OPPOSITION: Childcare is nice, but we’re making cuts across the board, and we have other priorities.

COUNTER:  When responding to this type of opposition, it’s useful to both emphasize the specific impact that cuts to childcare will have on the opposition’s priority area of choice, as well as the more general necessity of affordable early childhood programs and services.

As we’re watching in real-time through the COVID-19 pandemic, underinvestment in the early childhood field has an impact on the economic stability and prosperity of a myriad of other sectors. Public opinion reflects this reality; Voters Now View Child Care as an Essential Service Like Healthcare and Education (First Five Years Fund). Rebuilding from a crisis like COVID-19 and the accompanying recession will require significant investment in early childhood (read more in the Alliance for Early Success’s Build Stronger Policy Roadmap for Transforming Post-Pandemic Child Care).

If you look at the endorsement lists of successful early childhood funding campaigns on the ballot in November 2020, you’ll see names of notable individuals from both the Democrat and Republican parties. On the flip side, opposition to early childhood funding increases can also come from groups affiliated with either political party. Politically-affiliated opposition often revolves around objections to the proposed funding mechanism and/or distrust of the infrastructure for administering the funding. Different messaging has proven successful in assuaging the concerns of coalitions on either side of the aisle. Those interested in how to counter opposition from the left, right, and center all at once should watch the recording of a recent forum on a proposed measure in Leon County this November – it is a master class in staying on message while responding to opposition coming from both sides of the aisle simultaneously.

OPPOSITION FROM THE LEFT: “In Tallahassee, we are voting on a property tax that will go towards a Children’s Services Council. We have progressive, local politicians that are insisting this will hurt lower-income families and that money should come from elsewhere, but we know there is not enough [funding] from other sources to pay for what is needed (we need to grow the pie).” [Read more about the November 2020 campaign in Leon County here].

Countering opposition from left-leaning groups, as in the situation described above, has been most successful when campaigns/coalitions have been able to build trust around shared goals and values. Some coalitions have cultivated (and earned) trust in their efforts by;

OPPOSITION FROM THE RIGHT:  Opposition from the right has traditionally focused on the negative impact that a revenue-generating strategy might have on businesses, the local economy, the budget, or workers. It’s important to emphasize that this assumption of harm done by raising revenue for early childhood does not bear out; “One of the most effective arguments for ECE in a red state I have found is the CURRENT cost to business of lack of child care TODAY due to the impact on workforce participation and productivity.” This is well illustrated in the Losing Ground Report from The Louisiana Policy Institute for Children, which highlights the harm done when we do not fund child care:

It’s crucial to remember that you don’t have to make the case on your own – allies in business make compelling messengers to some right-affiliated opposition. Particularly, chambers of commerce across the country have taken steps towards making investment in early childhood part of their policy advocacy platforms. For example, the Louisiana Association of Business and Industry has made access to high-quality child care a top priority, and the Louisiana business community has endorsed and funded the work of the Louisiana Policy Institute for Children (highlighted above). Notably, a U.S. Chamber of Commerce Foundation report on this work identified as a key takeaway: “you don’t have to forge the path alone. Become a champion for existing efforts. Influencing childcare in your community can be as simple as lending your voice to efforts already underway.”

Now Is the Time

As New Orleans early childhood advocate Kenny Francis put it, “there is no such thing as a ‘good time’ or the ‘right time’ to push for any of this…the ‘right time’ is when you have the energy and capacity to push,” (New Orleans will have a measure to fill a gap in pre-K funding on the ballot in December 2020). With no “better time” to ask on the horizon, it’s up to early childhood advocates to figure out how to fund the services that children and families need right now.

To learn more from the recent successes of advocates of generating revenue for early childhood, check out this webinar (with recording, slides, and summary) highlighting work in Wisconsin, New Orleans, and Colorado from the Alliance for Early Success. 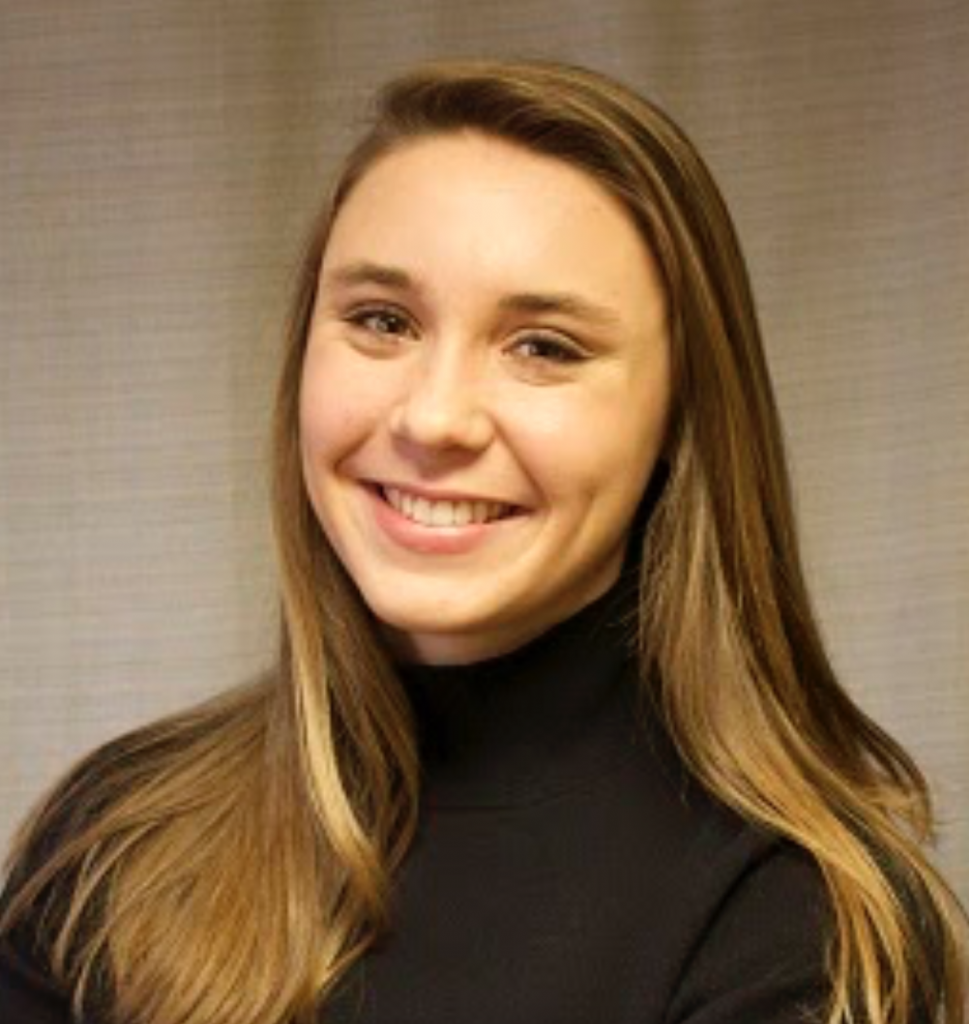 Olivia Allen is the Assistant Director of Strategy at Children’s Funding Project (CFP) and Co-Founder and Director at Children’s Funding Accelerator, both of which aim to close equity and opportunity gaps for children and youth through strategic public financing. In her current roles, Olivia works directly with communities to build strategic financing capacity and to elevate success stories and lessons learned to the national stage. Prior to supporting the launch of CFP and CFA in 2017 and 2020, Olivia worked on strategic financing and cross-systems collaboration around supports for children, youth, and families at the Forum for Youth Investment, and on juvenile justice diversion and youth violence prevention at the National Center for Mental Health and Juvenile Justice.